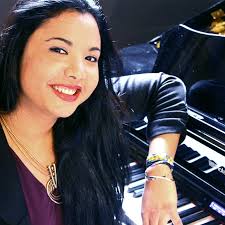 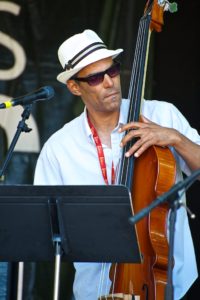 The style that defines Roberto Riverón comes from the experience of the Cuban music he has been taken since he was a child. Having established himself as a bassist, Riverón appeared with some of the finest artists of the 1990s in the island of Cuba. He is graduated as a guitar and bass player from the National School of Arts (ENA) in Havana; Roberto Riverón contributed to the recording of the Latin Grammy winner album “La Rumba Soy Yo” (Haila Mompie) and the Grammy nominated “La Formula” (Isaac Delgado). Following a successful career in his native country as a leading studio and bassist, Roberto decided to move to Canada to continue his endeavor as a musician working and collaborating with as many musical projects as possible in the city to share his vast experience with Canadian musicians. 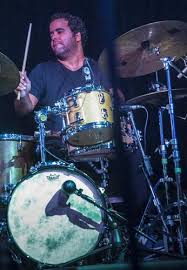 Cuban Canadian drummer Amhed Mitchel was born on September 6, 1978 in Matanzas Cuba. Started playing drums at a very young age under the guidance of his father, a great drummer himself. … Amhed calls Toronto home since 2006 where he has rightfully earned his place as a drummer, composer and producer.