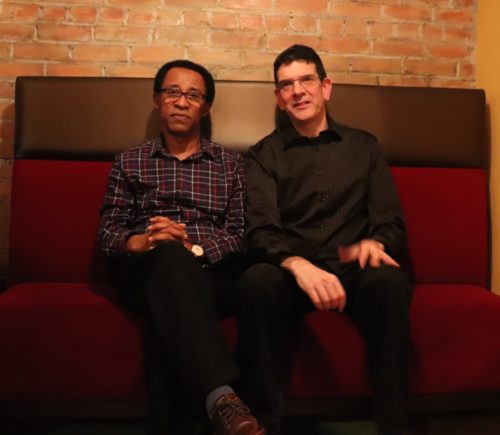 Barnes & Woldemichael are the foremost purveyors of Ethiopian-Jazz in Canada today. The genre employs Ethiopia’s ancient indigenous music system, with it’s unique scales, rhythms and song forms, blended with Funk, Latin, Reggae, Soul, Arabic music and other influences for a truly international jazz sound! Drummer and composer Daniel Barnes, born in Toronto Canada, began his journey into Ethiopian music as a teenager. Saxophonist Girma Woldemichael, born in Addis Ababa Ethiopia, was present as the Ethio-Jazz genre came into being during the “golden age” of popular music in his country and has performed with most of Ethiopia’s major artists. Daniel and Girma began performing together while touring internationally with the iconic Ethiopian singer Ms. Aster Aweke. These travels took them through Europe, The Caribbean, North America and Ethiopia itself. Daniel can be seen on Aster’s widely known concert video “Aster Aweke, Live in London”. Barnes & Woldemichael perform genre classics by Mulatu Estatke and others, alongside Barnes’ new world originals that are written with an Ethiopian perspective. You can decide if their music is aimed at the dance floor or the concert hall! 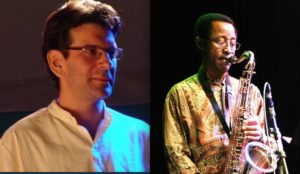