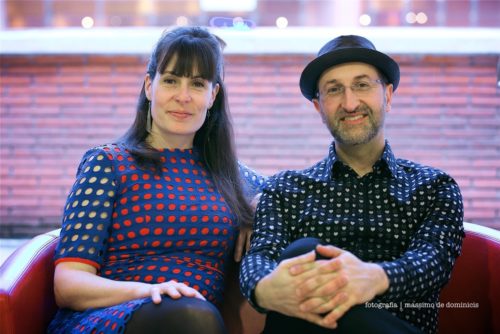 Singer/pianist/composer Elizabeth Shepherd and guitarist Michael Occhipinti represent a magical pairing of two of Canada’s most imaginative musicians, both in the world of jazz where they are best known and beyond as the two refuse to be constrained by genre. The two have collectively received over a dozen nominations for Canada’s JUNO Award, and have toured across Canada, the U.S., Mexico, and Europe. Elizabeth was the central vocalist and pianist for Michael Occhipinti’s The Universe of John Lennon, and Michael has spent several years touring as a member of Elizabeth’s group, including for her latest albumMONtréal, a 2020 Juno nominee. Having witnessed how audiences respond to their interplay as a duo and how Michael’s creative guitar work beautifully suits Elizabeth’s intimate voice and piano work, the two entered the studio at the Banff Centre for The Arts in the spring of 2019 to document their live repertoire. Their first album as co-leaders will be released in late 2020.

Davide Di Renzo (drummer, percussionist) was born in Guelph, Ontario, Canada. “Born with sticks in has hands” – that´s what they said about him, when he was a child. Nowadays, he is an alumnus of the University of Toronto’s Jazz Studies program.

He was the ‘house drummer’ for the hugely successful ‘Canadian Idol’ television talent competition. During his career he has worked with many of the country’s top performers and recording artists. These include Jacksoul, Holly Cole, Ashley McIsaac, Melissa Stylianou, Dione Taylor, Heather Bambrick, Eliana Cuevas and Richard Underhill. Furthermore he played with Bill King’s Saturday Night Fish Fry, Sarah Slean, Carol Welsman, and Alanis Morisette, to list a view.

Davide Di Renzo was a member of the Peter Smith Quartet. In this time they were featured during the “Sound of Toronto Jazz” Concert Series at the Ontario Science Centre on November 1, 1999. 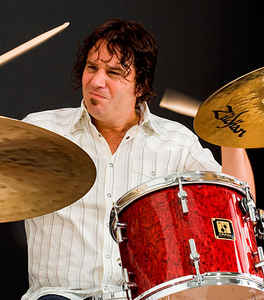