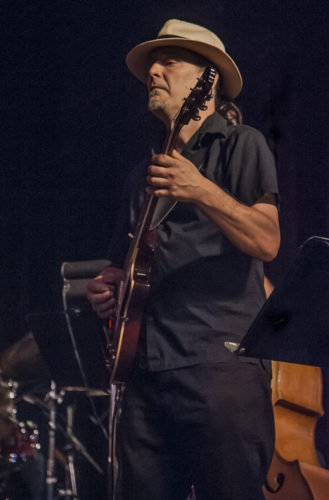 musician/composers in Toronto for 25 years. His extensive experience roster is stacked with a multitude of legendary musicians from around the world.

His extensive performance experience includes Juno nominated and winning albums. He recorded two nominated albums with Cuban piano master Hilario Duran, and was the featured guitarist on Julian Fauth’s 2009 Juno winning Blues album of the year “Ramblin Son.”  He has performed with Order of Canada honored soprano saxophone and flutist Jane Bunnett, played with Hilario Duran at the 2007 Barbados Jazz Festival, and he was the standard  accompanist for the legendary jazz vibraphonist, percussionist, and composer Peter Appleyard.

Danley continues to play in several distinguished Jazz and Latin bands and currently resides in Toronto.