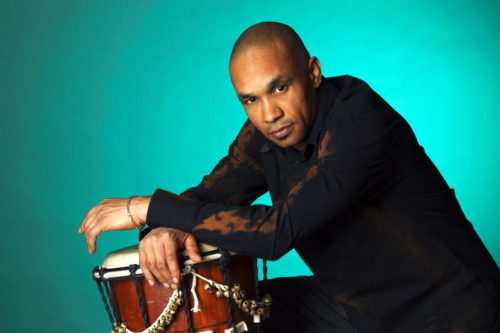 CARIBBEAN JAZZ COLLECTIVE: This is a Latin-Caribbean-Jazz Project, featuring a great line up of local and international musicians (all with a Caribbean background). Each one of the members of this band brings to the show an explosive amount of talent, making every presentation an unforgettable life experience for the audience. Their music is a combination of all the sounds and rhythms from the Caribbean. From cha chá to soca and from rumba to reggae. All this, in a very open performance concept, which is characteristic of jazz music. This ensemble creates a professional spectacle ending in a unique sound and journey for each viewer.
Joaquin Nunez Hidalgo( drums and percussions)

Born and raised in Cuba,  Master Rumbero Joaquín Núñez Hidalgo began playing percussion instruments at the age of five, inspired by his musically gifted father Porfirio Nunez.  As a professional artist, Joaquín has had a successful music career in Cuba and after eventually settling in Toronto in 1999, he quickly became immersed in the local music scene performing as a drummer and percussionist with top Canadian based artists (Jane Bunnett, Bill King, Njacko Backo, Eddie Bullen, Hilario Durán, Canadian Tenors, Luis Mario Ochoa), performing in many Jazz festivals (Toronto, Montreal, Vancouver, Beaches Toronto, Ottawa and Halifax Jazz Festival among others) across the country as well as internationally.
He is now an accomplished recording artist been part of Juno and Grammy Nominated CD Compilations, Juno nominated- Hilario Durán Trio “Motion” (2010); Grammy-nominated and Juno Award Winner 2007 – Hilario Big Band CD “From the Heart” and Juno Award Winner 2014 ” Walk of the Sea” with David Buchbinder and Odessa Havana. He is also a dedicated performing musician and an exceptional teacher and facilitator.    PHOTO ATTACHED 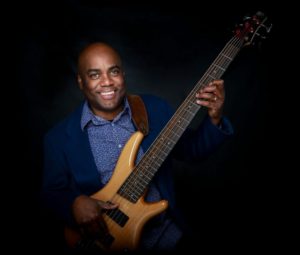 Since emigrating to Toronto from his native St. Lucia, where he started playing bass professionally at the age of 16, Bryan has firmly established himself as one of the go-to bass players on the Toronto music scene. His ability to play in any style, be it Jazz, Soca, Reggae, Latin, Pop or Gospel, his solid groove and a strong sense of time has earned him gigs with a diverse array of artists from “Big Mama” Thorton to Barbados Troubadours, The Caribbean Jazz Collective, Kalabash just to name but a few. In addition to his work as a bassist, Bryan has been an Itinerant Music Instructor with the Toronto District School Board teaching  band for the past 18 year

Fifteen years in the making, Gareth Burgess has specialized in playing steel pans, Caribbean originated instruments. Currently, part of the jazz band, Kalabash that was formed in 1993 Toronto, Burgess has succeeded the lead voice of the steel pan in the jazz ensemble that focuses on the rhythms of the Caribbean. He had given up his basketball scholarship in the U.S to pursue his passion and a career in music. Not only is Burgess the master of his instrument, but he is also a teacher of it at various educational institutes such as two high schools in the GTA and at York University as a teaching assistant for the music department’s ensemble students. Burgess has with many other jazz bands such as Eddie Bullen’s Caribbean Jazz Collective and at events such as Caribana.
+ Google Calendar+ iCal Export