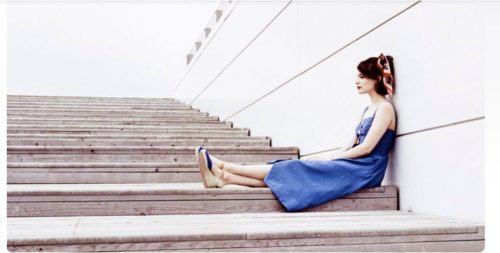 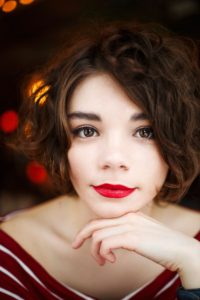 Jazz vocalist Laura Anglade is currently making a name for herself on the Canadian jazz scene and beyond. Originally from a small village in the South of France and raised in Connecticut, she is influenced by her parents’ gypsy jazz and classical backgrounds. Some of her inspirations include Carmen McRae, Sarah Vaughan, Nancy Wilson, Anita O’Day, Shirley Horn and Blossom Dearie. Laura has made several appearances on the Montreal, New York, Québec City and Toronto jazz scenes. She has also performed in numerous Jazz festivals including the Festival International de Jazz de Montréal. Her debut album “I’ve Got Just About Everything”, which came out in June 2019 on Justin Time Records, has been met with praise by critics and fans alike. Since its release, Laura has appeared on Global News, Jazz Today, Whole Note Magazine, and has been recognized by Radio Canada’s Ici Musique as one of the top 5 female jazz musicians to watch out for. 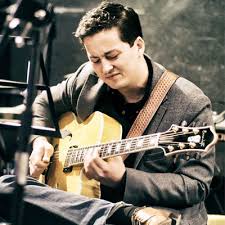 Known for his relaxed feel and commanding sound, Lucian Gray is a virtuosic young guitarist with a deep respect for the jazz tradition.
Hailing from Toronto, Canada, Lucian Gray was born into a musical family. His father is one of Canada’s foremost trumpet players, and his mother the head of her own music school. He started playing the piano at the age of 4.
Upon entering high school, Lucian decided to pick up the guitar and played in various rock and fusion groups throughout his teens. After being introduced to the music of Wes Montgomery, he decided he wanted to be a jazz guitarist.
In 2008, Lucian was awarded the Slaight Scholarship to attend Berklee College of Music on a full scholarship. He graduated in 2012 with a Bachelor’s Degree of Music Performance. During his time at Berklee, Lucian studied with guitar guru Mick Goodrick.
In 2009, Lucian was awarded the Rising Young Star at the Prince Edward County Jazz Festival.
In 2015, Lucian entered the first Wes Montgomery International Jazz Guitar Competition and was one of five finalists selected to perform at the culminating concert of the competition.
Lucian is currently active in the Toronto jazz scene, performing with his own group and as a sideman, as well as teaching privately.
Lucian plays a custom Benedetto Americana. 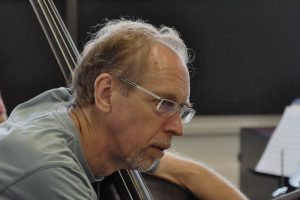 Neil Swainson, from Victoria BC, began working with Paul Horn in 1975, for two years. He also backed up such musicians as Barney Kessel, Herb Ellis, and Sonny Stitt. In 1977, Neil moved to Toronto. He became very active in the local jazz scene, playing with Canadian greats: Moe Koffman, Ed Bickert, Rob McConnell, Peter Appleyard, and many others. He has played with many visiting jazz artists, to name a few: James Moody, George Coleman, Jay McShann, Tommy Flanagan, Lee Konitz, Joe Farrell, Slide Hampton, and Woody Shaw. Neil travelled and recorded with Woody Shaw, and Neil’s own recording, 49th Parallel, features Woody Shaw on trumpet and Joe Henderson on saxophone. In 1986 Neil began working with George Shearing. Together, they worked worldwide with many other great artists, such as Mel Tormé, Joe Williams, Nancy Wilson, Robert Farnon, and Diana Krall. Neil has made numerous recordings with George Shearing, and with a number of other artists. Several of the recordings on which Neil plays have won Canada’s Juno Award. Neil continues to compose music and freelance extensively in the Toronto area. 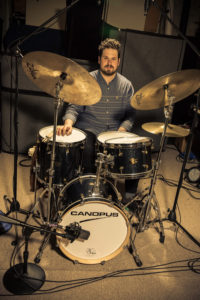 Born in Toronto, Adam Arruda has been surrounded by music from a very early age, growing up in a musical family. Adam began playing the drums at the age of 3, and began studying music via the ORFF method at the Royal Conservatory of Music in Toronto at 5 years of age. Later that year Adam began taking drum lessons with Steve Mancuso and playing in Jazz combos at the Humber College Community Music School, led by Cathy Mitro. By his teenage years he was already actively working on the local scene, and began leading his own combo at Humber. Adam received the prestigious Zildjian Outstanding Young Drummer and Combo Drummer Award from 2001-2008 at Music Fest Canada, as well as other honorary awards, and played in the Yamaha All Star Band from freshman year until senior year while he attended Claude Watson School for the Arts. At Claude Watson, Adam gained experience playing in Symphonic Band and delved even deeper in his studies. While in high school, he played in the Jazz FM Youth All Star Band every Saturday in his senior year. He also attended the Brubeck Summer Jazz Colony in 2006 and 2007, the Vail Summer Jazz program, the School for Improvised Music, the Creative Music Workshop and other workshops in the U.S.A and Canada. In 2007 Adam was invited to the Grammy Awards to perform with the Gibson/Baldwin Grammy Jazz Big Band, and was chosen to study at the University of the Pacific for one year as a Brubeck Institute Fellow along with four others in 2008 under Joe Gilman on full scholarship.