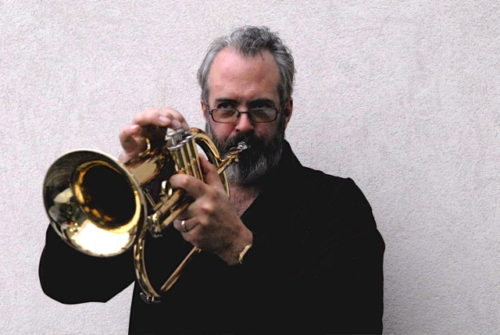 Brigham Phillips has been on the Toronto music scene nearly 40 years as a player (piano and trumpet), bandleader, teacher, producer, composer and arranger, performing jazz, pop, Dixieland, theatre and orchestral music. His CD “And It Really Was” featuring Canadian jazz greats Guido Basso and Mike Murley was nominated for a Juno in 2002 and won Brigham the National Jazz Award for Producer of the Year. In the summer of 2008 Brigham went to Moscow twice to record the Moscow Festival Orchestra performing his arrangements of Celtic classics and songs from the American songbook. Brigham was musical director for John McDermott for 15 years and the musical director for David Clayton-Thomas (of Blood, Sweat and Tears fame) for 4 years. For much of 2013-17 Brigham was touring with The (Canadian) Tenors playing keyboards, accordion and trumpet as well as performing with The Official Blues Brothers Revue and serving as musical director with Drayton Entertainment. He completed his Masters in Music Composition in 2018. 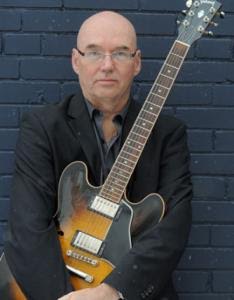 Ted Quinlan is regarded as one of Canada’s top guitar players. His skills are highly in demand as a jazz player, session musician, writer and educator. As a busy sideman Ted has performed with Chet Baker, Freddie Hubbard, Jimmy Smith, Joey DeFrancesco, Michael Brecker, Dave Holland, Maria Schneider and Dave Liebman. His debut CD “As If” received a Juno nomination for Contemporary Jazz. It was followed by “Streetscape” which features him in a trio setting and “Around the Bend”, a duo collaboration with piano great Brian Dickinson. His latest recording “Absolutely Dreaming” is scheduled for release in the fall of 2019. 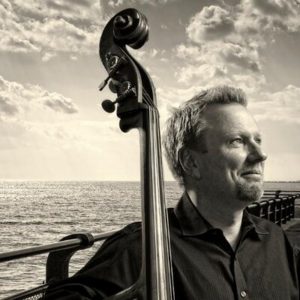 Pat Collins was raised in Qualicum Beach, B.C. He attended Malaspina College in Nanaimo, B.C., and in 1986 received a grant from the Canada Council to attend the Berklee College of Music, in Boston, Ma., where he studied for two years. In 1988, Pat moved to Toronto, where he has been very active on the Canadian jazz scene, performing with great musicians such as Oscar Peterson, Dizzy Gillespie, Joe Henderson, Herb Ellis, Lee Konitz, Ed Bickert, Rob McConnell, Moe Koffman, Oliver Jones, Peter Appleyard, Diana Krall, Don Thompson, and many others. In addition to his busy performing schedule, Pat is also in demand as a clinician and teacher. He keeps a very busy private teaching schedule, as well as being on the faculty of “The” Jazz Camp, the Kincardine Summer Music Festival, Humber College, and Mohawk College.