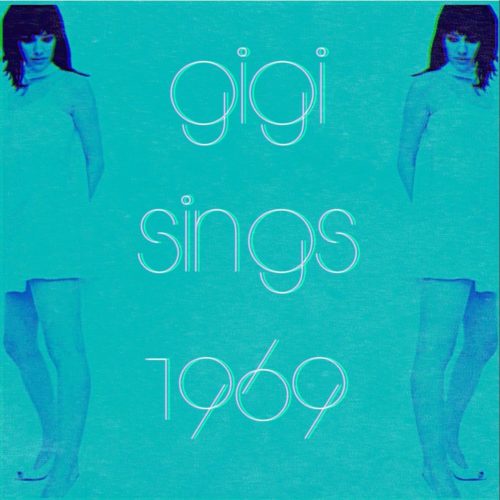 gigi sings 1969
Having sung professionally under her mother’s wing since the age of 5, Genevieve or ‘Gigi’ is also a fairly well educated and trained vocalist – and yet she sings with a rawness and soul. One might attribute that to her unique hippy parentage and teenage exposure to the Detroit music scene. Following her studies in vocal jazz at Humber College she spent 8 years performing throughout Asia and Europe.  Since her return to Toronto Genevieve has released an EP called ‘Gigi’ produced by George Koller and worked with many greats, including Ted Quinlan, Don Thompson, Don Francks & Jane Siberry. Genevieve has established herself as one of Toronto’s most recognizable and illustrious performers and is known particularly for her fearless live approach and song interpretation. She is one of the proud founders of the Kensington Market Jazz Festival and currently working on several recording projects. ‘Gigi sings 1969’ was inspired by resonating discussions with her mentor and friend David Clayton-Thomas about 1969, and by his song “Back To The 60s”, in which he laments to return to a time when musicians were warriors of social justice and peace. Gigi spent all of 2019 singing selected songs from 1969 and is excited to bring them to the jazz bistro, with an all-star band for two very special nights.
Genevieve ‘Gigi’ Marentette – vocals, joined by George Koller – bass, Attila Fias – piano, Ben Wittman – drums, and special guests Eric St-Laurent – guitar (Friday) and Bill McBirnie – flute (Saturday)
flowerchildgenevieve.com
+ Google Calendar+ iCal Export