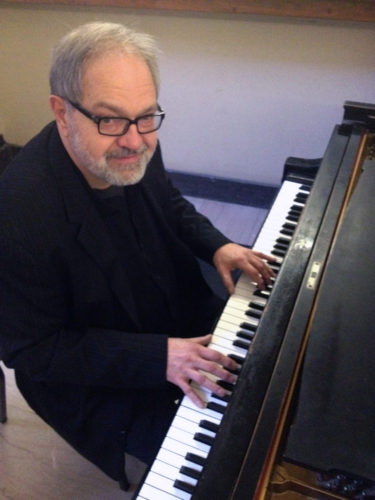 In a career spanning more than a half century Harold Danko has established himself as a distinguished pianist, composer and band leader, fortified by an impressive resume of collaborations with legendary jazz artists, at prestigious jazz venues throughout the world as well as in recordings, television and video. His work is well documented and readily available on multiple CDs and youtube clips  These include Chet Baker’s classic 1987 Tokyo concert with more than five million hits, as well as featured performances with Thad Jones/Mel Lewis, Gerry Mulligan, Lee Konitz, and on James Moody’s version of “Giant Steps”.

As a leader Harold has been featured at the Rochester International Jazz Festival, Lincoln Center’s “Meet the Artist” series, Washington DC Performing Arts Society series at J.F.K. Center, and numerous jazz festivals both in the USA and abroad.  In the 1990’s he performed with and composed for his quartet with Rich Perry (tenor saxophone), Scott Colley (bass) and Jeff Hirshfield (drums), and in 1995 received an NEA Fellowship to perform his own works in a series of concerts in New York City.  In recent years he has led a trio with Hirshfield and Michael Formanek or Jay Anderson (bass) in addition to adapting his compositions for solo piano performances, and can be heard in various formats on more than thirty CDs on the SteepleChase and SunnySide labels. Since 1980 he has earned ASCAP awards yearly for the value of his catalog of original compositions.

Danko holds Professor Emeritus status at the Eastman School of Music in Rochester, NY, where he chaired the jazz studies program for eleven years and established the Jazz Performance Workshop curriculum.  In 2007 he received a Bridging Fellowship for research in the Linguistics Department of the University of Rochester on the relationship of speech and music.  Prior to his appointment at Eastman he served on the faculties of the Manhattan School of Music, the New School/Mannes, Hartt College, and other institutions.  Harold’s featured column, “Solo Piano”, appeared in Keyboard Magazine for more than five years, and his keyboard improvisation method, “The Illustrated Keyboard Series”, is a highly regarded reference work. Beginning his piano studies at the age of five, he became serious about pursuing a career in jazz at the age of fifteen when he commenced studies with Gene Rush in Youngstown, Ohio. After graduation from Youngstown State University and a stint in the U.S. Army band Harold landed the piano chair in Woody Herman’s Thundering Herd, which launched his career as a much sought after jazz musician, composer, and educator. His newest CD, released in March 2019 on the SteepleChase label, is a duo with cornetist Kirk Knuffke entitled “Play Date”.

Toronto native Richard Whiteman is an extremely versatile player, fluent in styles ranging from the stride masters of the twenties, through Bud Powell and Bill Evans, to modern giants like Keith Jarrett and Herbie Hancock. As a leader, he has released five CDs (with a sixth on the way), and has received raves from as far away as Japan, where his “GROOVEYARD” disc was rated one of the Top 500 Jazz Piano Trio records of all time.

For over twenty years, Richard has performed at major Toronto jazz venues, and has also played with orchestras (The Canada Pops Orchestra) and big bands (including The Dave McMurdo Jazz Orchestra), in new music concerts (Hemispheres Music Projects), classical crossover groups (The Galaxy Trio) and musical theatre (“Forever Plaid”), and at countless “casual” engagements with Canada’s finest jazz musicians. He has also toured Canada with his trio and performed in Brazil, Egypt and San Antonio, Texas.

Some of the stellar musicians Richard has worked with are Don Thompson, Kenny Wheeler, Marcus Belgrave, Pat LaBarbera, Ken Peplowski, Nick Brignola, Ed Bickert, Jane Bunnett and Dutch Django-style star, Tim Kliphuis. As well as leading his own groups, Richard is a member of the The Al Henderson Quintet and is much in demand by vocalists, including John Alcorn, Jackie Richardson, Dee Daniels, Bonnie Brett and Heather Bambrick.

In addition to his busy club, corporate and touring schedule, Richard is also an educator, teaching jazz piano and leading ensembles at both Humber College and York University in Toronto. 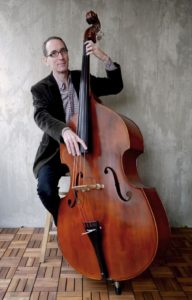 These four musicians solidly at the top of their careers are releasing a cd aptly entitled ‘OLD PROS’  –  This cd is a result of an engagement last year at Jazz Bistro and we are pleased to welcome them back for its release.