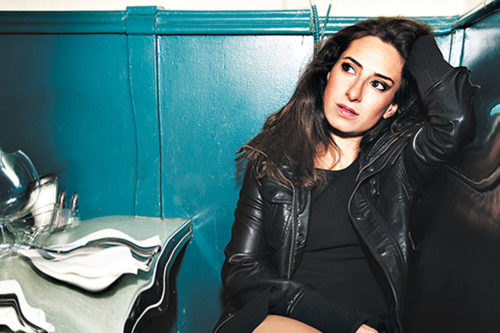 Jordana is a singer, songwriter and vocal loop artist.. Her music fuses pop, jazz, and alternative influences into a unique crossover sound and her show weaves original material along re-imaginings of standards, often drawn from the great songwriters of her native Canada. She has toured across Canada, the U.S. and Europe with notable festival appearances, including Summerfest (Milwaukee), Winnipeg Jazz Festival, Live at Heart (Sweden) and Folk Alliance International. Achievements include finalist placements in the John Lennon Songwriting Competition (2018, 2014), CBCSearchligh t (2018 top 10), Toronto Independent Music Awards (2015) and Julian Award for Emerging Canadian Artists. She has enjoyed widespread airplay for both of her releases Standard Deviation and Neither of Either.
On this night she will be joined by Neil Whitford on guitar.
+ Google Calendar+ iCal Export